Deputy Representative of the Russian Federation Polyansky: any ideas that infringe on the veto in the UN Security Council are unacceptable 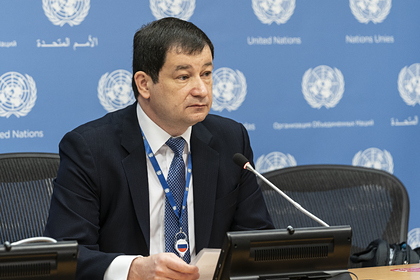 First Deputy Permanent Representative of Russia Dmitry Polyansky stated that any idea that infringes on the veto in the United Nations Security Council is unacceptable. His words are quoted by TASS following the meeting of the UN General Assembly on fair representation and expansion of the Security Council.

“The use of the veto or the threat of its use more than once saved the UN from being drawn into dubious adventures,” the diplomat emphasized.

Polyansky added that the institution of the veto is an important factor that pushes the members of the Security Council to seek balanced solutions. Currently, five permanent members of the organization (Russia, USA, China, Great Britain, France) have the right of veto.

Earlier, Turkish President Recep Tayyip Erdogan criticized the UN Security Council for the right to decide the fate of mankind. According to the Turkish leader, the fate of humanity should not be “left to the mercy of a handful” of the victorious countries of the Second World War. He pointed out that “the world is more than five”, meaning the five permanent members of the UN Security Council.