RBC: Russian couriers completed about 670 million orders in a year 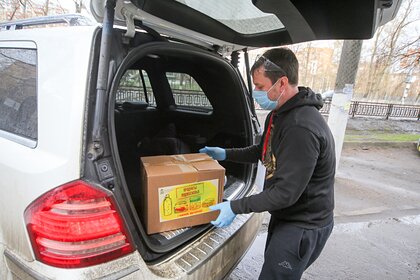 courier orders for the year, it amounted to approximately 670 million. The impetus for the development of the transportation sector was the restrictions imposed against the backdrop of the coronavirus pandemic. RBC writes about this with reference to the corresponding study.

It is estimated that more than 87,000 delivery teams and 257,000 single couriers work in the “transportation and couriers” segment. Almost half (49 percent) of all orders are for cargo transportation, followed by the services of loaders (20 percent). Moving service (15 percent) closes the top three in the segment. The demand for courier services is seven percent of the total number of orders.

The study also showed that at the moment about 830 thousand people are employed in the field of courier deliveries, which is nine percent of the total number of all employees in the service sector. The revenue turnover of this segment on the Russian market is 605 billion rubles, it ranks fourth.

The study was compiled on the basis of a telephone survey of 1.6 thousand adult Russians, conducted in March 2021. It also includes data from online surveys.

Earlier it became known that Russians wanted to en masse as delivery workers in order to earn extra money during non-working days from October 30 to November 7. The study showed that every tenth survey participant had such plans. According to 45 percent of Russians, a courier is one of the safest offers of a part-time job during a pandemic.