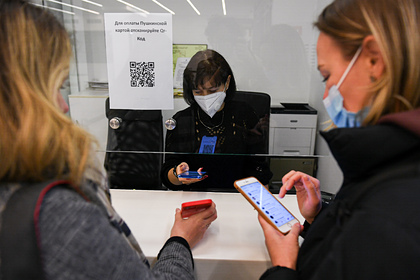 The laws on QR codes in Russia can not have time to be adopted in 2021, writes RIA Novosti, citing a source.

He clarified that the bill is unlikely to be supported in three readings in the near future, since, according to the rules, the discussion requires a monthly mailing to Russian subjects. “Before and after the first reading, the monthly distribution should be by region,” he assessed the possibility of approving the initiative before the New Year.

The source also doubted that the bill would be approved by the State Duma in two readings before the beginning of 2022.

Earlier it was reported that the draft on mandatory QR codes will be sent for consideration to the Russian regions, the Public Chamber, the Accounts Chamber and the Federation Council until December 14 inclusive. On November 12, draft amendments were introduced to the State Duma regarding the use of QR codes confirming the fact of vaccination against coronavirus or a disease that has been transferred over the past six months.

The government proposed to make it mandatory throughout Russia to present QR codes by train passengers and aircraft, as well as when visiting public places.