Russian Plenipotentiary Gryzlov: Kiev crossed all reasonable boundaries during the shelling of Donbass 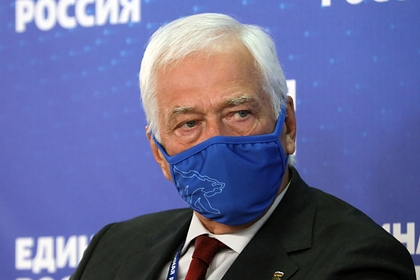 Boris Gryz said that Kiev “crossed all reasonable boundaries”, declaring the use of military drones in the Donbass and continuing shelling of its territories. RIA Novosti writes about this.

“The Ukrainian authorities have crossed all reasonable boundaries by their actions, continuing to shell civilians and Donbass infrastructure facilities and at the same time flaunting in the press the use of combat UAVs prohibited by the Minsk agreements and the armistice agreement,” he said Gryzlov, adding that Kiev continues to illegally detain the representative of Luhansk in the JCCC Andrey Kosyak.

The Plenipotentiary of Russia added that during the meeting, Donbass found out from the OSCE representatives whether the use of shock UAVs violated, as well as announced publicly by the Commander-in-Chief of the Armed Forces of Ukraine Valeriy Zaluzhny permission for field commanders to open fire at their discretion. In addition, the head of the OSCE MM Chevik confirmed that the use of drones is a violation.

Also, Gryzlov noted, when asked by representatives of Donbass for what purpose the leadership of the Armed Forces of Ukraine makes frankly false statements about violations of existing agreements, Kiev did not respond … “Ukrainian representatives ignored the demand of Donetsk and Lugansk to immediately return to fulfilling their obligations under the signed agreements to strengthen the ceasefire,” he said, concluding that it is necessary to return Ukraine to the implementation of the ceasefire obligations.

Earlier, Gryzlov accused Ukraine of fooling around. He pointed out that the representatives of Ukraine did not show readiness to discuss any of the issues on the agreed agenda and ignored all the practical proposals of Donbass.