Ronaldinho has a child support debt to his ex-girlfriend, he risks ending up in jail again 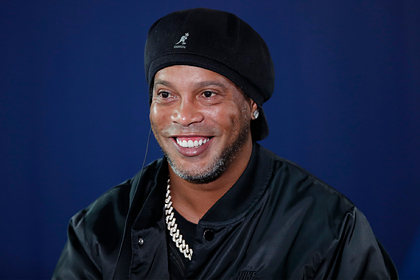 Former Brazilian football player Ronaldinho is in legal trouble again … This is reported by the Daily Mail.

The athlete is in litigation with his ex-girlfriend Priscilla Coelho, before whom he was ordered to pay off the alimony debt. This must happen before December 1, otherwise Ronaldinho's property will be arrested, and he risks getting a prison sentence in Brazil. Now, according to media reports, the footballer is in Dubai.

In August, Ronaldinho returned to Brazil after six months in Paraguay. The ex-footballer was arrested for using a fake passport and ended up in jail.

Ronaldinho retired in 2018. He is known for his performances for Barcelona, ​​Paris Saint-Germain, Milan, Brazilian Flamengo and Atletico Mineiro. As part of the Brazilian national team, he won the world championship. In addition, the footballer became the owner of the Ballon d'Or.