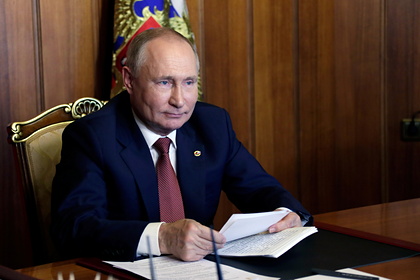 Russian President Vladimir Putin supported Deputy Prime Minister Tatyana Golikova's proposal up to a year the validity of the certificate after the transferred COVID-19. This is reported by TASS.

“We will do so,” the head of state said after listening to the report of the deputy chairman of the government.

Earlier, Golikova noted that the share of re-ill with coronavirus in Russia was 0, 74 percent of their total. According to Golikova, in this regard, there was a proposal to extend the validity of such certificates from six months to one year. “In the near future, the relevant amendments will be made to the methodological recommendations of the Ministry of Health, and the corresponding changes will be taken into account by the Ministry of Digital Science on the Unified Portal of Public Services in the certificates of vaccinated citizens for those who have recovered,” she said.

in multifunctional centers began to print paper certificates of vaccination against COVID-19 with a QR code to citizens who do not have access to the portal of public services. “In the first day, more than 50 thousand people ordered a printout of certificates from the MFC across the country,” the department said.