Russian President Putin: Children's vaccination against COVID-19 should be voluntary 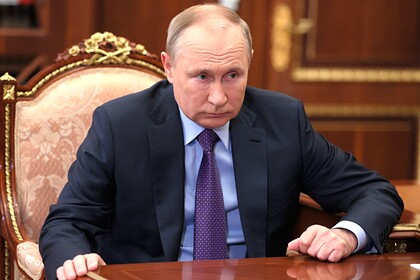 Russian President Vladimir Putin at a meeting with the government said that children from COVID-19 should be voluntary. The meeting was broadcast by the Russia 24 TV channel, the recording is available on YouTube.

“In general, I believe that vaccinations should be voluntary, especially for children,” the president concluded.

At the meeting, the head of state announced the need for a COVID-19 drug for children from two years of age and instructed the government to pay attention to work on vaccines for this age group of citizens. Putin referred to the data of experts who told him that in some countries, in particular in China, scientists have already begun to work on such drugs.

Previously, the creator of the Sputnik V coronavirus vaccine, director of the National Research Center epidemiology and microbiology named after Gamaleya Alexander Gintsburg spoke about the COVID-19 vaccination for children. In addition, he stated that the vaccine is safe even for children with low immunity.