Foreign Ministry: military of foreign states will be stationed in Poland on the border with Belarus 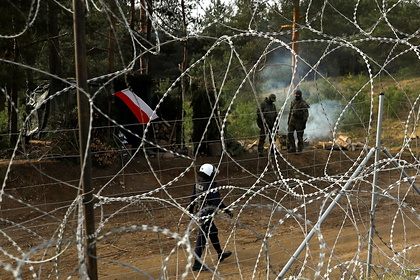 Military from foreign states, in particular NATO troops, will arrive in Poland on the border with Belarus to counter the influx of migrants. This was announced by the representative of the Polish Foreign Ministry Lukasz Yasina, TASS reports.

“In connection with the crisis on the border, we are already supported in the EU and NATO countries, British soldiers have already arrived, and there will be from other states. It will be something more than the symbolic presence we currently have, ”the diplomat announced.

Yasina also noted that Warsaw expects to expand the scope of protection from the United States. In addition, the plans of the Polish government include such measures as the termination of road and rail links with Belarus.

Earlier in November, the State Border Committee of Belarus reported that the Polish security forces tried to stop refugees seeking to break into the country from Belarus, with using automatic bursts. In response, the Belarusian military covered this section of the border.