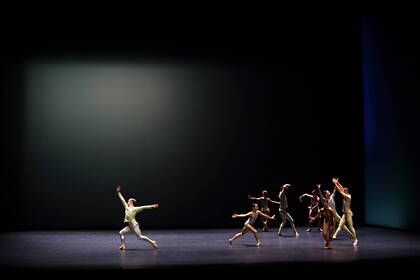 According to her, the reason for the decision taken in Germany was the fact that two children go on stage with makeup imitating dark skin. Experts found elements of racism in this. “The same applies to the oriental dance with the harem concubines and the soloist, whose body is covered with dark make-up. All these are things that now cannot be released on stage without explanation, ”explained the representative of the theater. Experts also did not like the Chinese dance, where the artists move around the stage with “small mincing steps.”

At the same time, Theobald stressed that they do not plan to permanently shoot the production.

Earlier in the theater of the German city of Konstanz staged an interactive performance based on the play “Mein Kampf” by the Austrian-American writer George Tabori.