Daily Mail: A DPRK resident will be shot after a copy of the Squid Game was brought from China 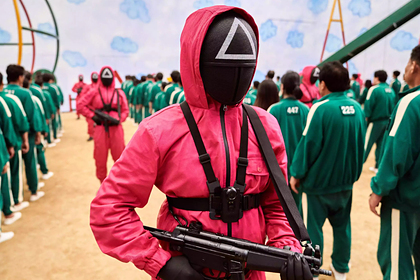 A DPRK resident was sentenced to death he smuggled into the republic the South Korean TV series Squid Game, which topped the international top streaming platform Netflix. The Daily Mail writes about this.

It is known that a North Korean from Hamgyongbuk-do province returned to his homeland from China with a digital copy of the show stored on a hidden USB flash drive, and then distributed it among his friends and was caught by law enforcement officers.

Subsequently, the young man was executed. … At the same time, another student who bought a copy of the series was sentenced to life imprisonment, and six others who only watched the show were sentenced to five years of hard labor.

Searches are currently underway in the educational institution. According to some reports, the director of the school, the secretary for youth affairs and the class teacher were fired. It is possible that they may be sent to coal mines as punishment.

Since the beginning of this year, North Korea has been strictly banning the import of films, shows and TV series from the West and South Korea into the country. The relevant law provides for the maximum death penalty for viewing, storing or distributing such materials.

On October 16, it was reported that the official North Korean media Arirang rated the Squid Game series. According to journalists from the DPRK, the popularity of the “Squid Game” can be explained by the fact that the series “exposes the realities of capitalist culture in South Korea” and shows “a society of inequality, where people are treated like pawns of the rich.”

Squid Game has topped Netflix's Top Service in 90 countries. The series follows characters who, faced with financial difficulties, go to the island and participate in survival games. It is noted that this show could become the most successful on the platform and overtake such hits as “The Witcher” and “Bridgerton”.