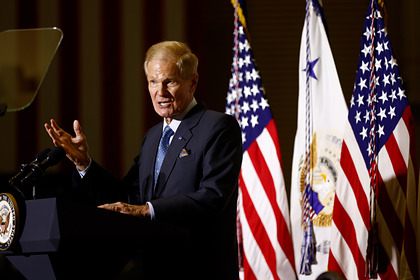 Head of the US National Aeronautics and Space Administration (NASA ) Bill Nelson spoke in an interview with SpaceNews about plans to visit Russia and meet with Roscosmos CEO Dmitry Rogozin.

Earlier, Nelson and Rogozin discussed crew safety issues at the International Space Station (ISS). NASA continues negotiations with Roskosmos both on the long-term future of the station and on the nearest agreement on the exchange of seats for the Soyuz spacecraft and the commercial crew, the head of NASA noted.

“We will continue these discussions and, possibly, we will have something to announce when I arrive in Moscow, “he said, noting that a specific date for his trip has not yet been set.

Earlier it was reported that Russia conducted tests on November 15, as a result of which an inoperative Russian spacecraft “Celina-D”, which has been in orbit since 1982. In response, US Secretary of State Anthony Blinken accused Russia of creating a threat to the security of space research due to the test of an anti-satellite missile. “It will also significantly increase the risk to astronauts and the International Space Station, as well as other human activities in space,” Blinken said. State Department spokesman Ned Price also noted that space debris caused by the destruction of the satellite threatens the safety of the ISS.