Collins English Dictionary named NFT as the main word of 2021 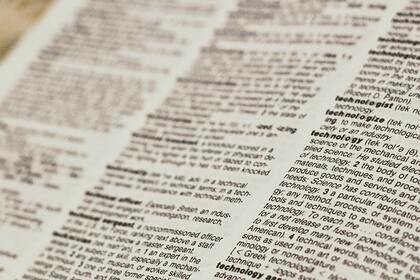 The creators of the dictionary called NFT a buzzword that was regularly sounded throughout the year. According to Collins' definition, NFT is “a unique digital certificate registered on the blockchain and used to register ownership of assets such as a work of art or collectible.”

the expressions “double-vaxxed” and “hybrid working”. The latter came up in the speech after people gradually began to go to the offices for several days a week after working remotely. Collins also shortlisted climate anxiety, which translates to “climate concern.”

The Oxford Dictionary previously recognized vax as the word for 2021. The dictionary's compilers are confident that “no word captures the atmosphere of the year better than vax.” The root has spawned many derived forms that are often used in formal and informal contexts.