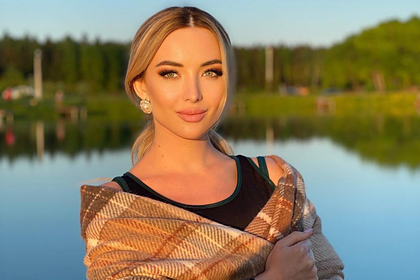 Russian model Yulia Pavlikova, who was born and raised in Crimea, explained the exclusion from the top twenty finalists in the Miss Earth beauty pageant with political games. She stated this in an interview with RIA Novosti.

Pavlikova, who represented Bulgaria at the competition, believes that the organizers of the competition treated her unfairly because of her registration on the peninsula and wanted to avoid a political scandal. She added that she was asked not to mention Crimea, to remove all publications related to it from social networks and hinted that if she did not, there would be little chance of winning.

For two months, the rating of the participants was regularly published, in which I consistently held the lead on the 5-11th line out of 89 participants from all over the world. But in the end, I was not included in the top 20 finalists of the competition. The organizers refuse to comment on the situation. But the real reason I know is the Crimean registration. I became a victim of political games

Yulia PavlikovaRussian model from Crimea, the representative of Bulgaria at the Miss Earth competition in 2021

The model explained that she represented Bulgaria, because this is her father's homeland.

The Russian woman added that the preparation for the competition lasted two months. During this time, she completed absolutely all the tasks of the organizers. Pavlikova claims that the last task was completed by only two participants of the competition.

“I believe that this is severe discrimination and a biased assessment of the organizers. It is unacceptable to politicize the competition, which, moreover, is mainly intended to promote environmental protection, “- said the model.

The Miss Earth beauty pageant is held every year in the Philippines under the auspices of the United Nations. In 2021, it took place on Sunday 21 November online due to restrictions related to the COVID-19 pandemic. Destiny Wagner from Belize, Miss Air – Marisa Butler from the USA, Miss Water – Romina Denequin from Chile and Miss Fire – Jarirat Petsom from Thailand became the Miss Earth 2021 winner.

The last time the Miss Earth contest was held in the traditional face-to-face format was in October 2019. The winner of the title “Miss Earth-2019” is 21-year-old representative of Puerto Rico – Nelly Pimentel.