Oleg Gaidukevich: the Polesie special operation is an attempt by Kiev to provoke a conflict 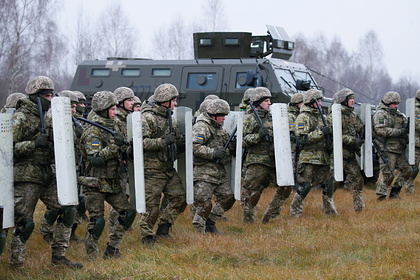 The Polesie Ukrainian special operation is a conflict on the border with Belarus … Oleg Gaidukevich, deputy chairman of the Belarusian parliament’s commission on international affairs, said this in an interview with Izvestia.

The deputy reacted to the message about the deployment of a special operation in the border zone and noted that Belarus never sent any or threats. In his opinion, by its actions Kiev is trying to provoke Minsk into a conflict, as well as to find those responsible for the problems of Ukrainian society and government.

Related materials15: 25 – 19 November Border stand. Migrants on the border of Poland and Belarus – about a breakthrough to Europe, life in a camp and fear of deportation 00:01 – 18 November ” They would rather die in Europe than return home “How migrants on the border with Poland changed life in Belarus

“ We, among other things, were a platform for resolving the situation in Ukraine itself. And we stay for her. And we will not succumb to any provocations, this rhetoric is ridiculous. It is easiest to look for enemies, “Gaidukevich added.

At the same time, he supported Kiev's decision to strengthen the border and stressed that such problems as crime and illegal arms trafficking originate precisely from the Ukrainian side.

< p> Earlier, the State Border Guard Service of Ukraine announced the start of the special operation “Polesie” on the border with Belarus in order to prevent the aggravation of the situation with illegal migrants. To do this, the department increased the number of border guards in the field, and attracted unmanned aerial vehicles (UAVs) and aviation to patrol the area.