Maslyakov did not go to the presidential administration because of the “Game”, but “a couple of conversations took place” 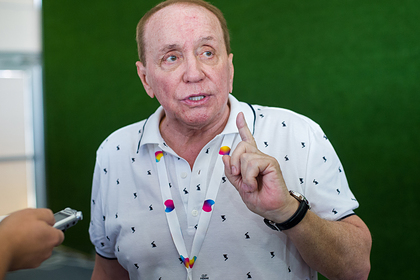 Leading and head of KVN Alexander Maslyakov responded to allegations that he complained to the presidential administration on the TNT show “Game” because of its resemblance to the “Club of the cheerful and resourceful.” He denied rumors about going to officials in an interview with TASS.

“I was not in Staraya Square (on Staraya Ploschad Street in Moscow there is the building of the Presidential Administration of Russia – approx.” Lenta.ru “). But a couple of telephone conversations on this topic took place, ”Maslyakov said. The head of KVN added that he first called, and then – him. Maslyakov did not specify with whom and when he spoke.

When asked if he had complained about the “Game” in these telephone conversations, the host of the program replied in the negative. “[I] urged to sort it out. After all, these, if I may say so, “players” did not even bother to modify something, they simply made a tracing paper from a project that has existed for 60 years, “Maslyakov complained.

The KVN host added that they had repeatedly tried with him contact the creators of “Games”. However, he saw the caller's name and did not pick up the phone: in Maslyakov's opinion, they had nothing to talk about.

Earlier it became known that 80-year-old Maslyakov was thinking about completing career, but has not yet made a decision. According to the host of KVN, he will be nervous if he starts looking at the TV game from the side.