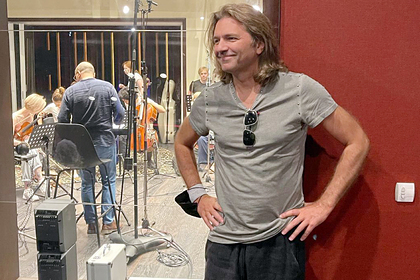 Russian singer Dmitry Malikov called Paris the most beautiful city in the world thanks to architecture. The artist shared his opinion with the publication “Moskvich Mag”.

During the conversation, Malikov was asked to compare Moscow with such large cities as London, Berlin, Paris and New York. According to the singer, the Russian capital is developing rapidly. Malikov said that he visited Paris two years ago. “Of course, the streets there are not as clean as in Moscow, there is a lot of Arab population – I have nothing against it, it is just striking. But nothing can interrupt the architecture of Paris. For me, this is the most beautiful city in the world, “- said Malikov.

The artist spoke about life in the UK and cited as an example the words of friends about the comfortable living conditions in London. “But he’s wildly expensive: I don’t know who you have to be and how much to earn in order to live well and with dignity in England,” said Malikov. The singer also plans to visit Berlin.

Previously, Moscow's advantage over world capitals was determined by the director of the Dahl Museum of the History of Russian Literature, the father of Channel One host Dmitry Borisov, Dmitry Bak. He called it the capital of the world, and included huge forests and parks among the advantages of the city.