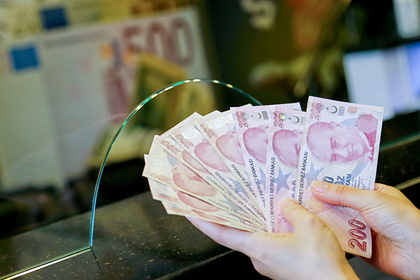 during trading up to 11.58 dollars per lira. Bloomberg links the growth of the lira to the official meeting between the heads of Turkey and the United Arab Emirates (UAE).

Turkish President Recep Tayyip Erdogan will discuss with Crown Prince of Abu Dhabi Sheikh Mohammed bin Zayed Al Nahyan a cooperation agreement between their wealth funds and stock exchanges. Against the background of their meeting in Ankara, the lira is up 11 percent.

“History shows that the lira tends to recover from sharp declines when the situation stops deteriorating – even if conditions do not improve,” said the director Emerging Markets Medley Global Advisors in New York Nick Stadtmiller. “But the medium-term trend for the lira will remain downward as long as monetary policy is too soft.”

Also on November 23, Erdogan met with Central Bank Chairman Shahap Kavcioglu, the details of which were not disclosed. It is assumed that the head of the regulator and the president discussed the fall of the national currency. The value of the lira began to fall after another cut in the key rate from 16 to 15 percent, despite the record level of inflation in the country.

Erdogan is of the opinion that the low key rate will help contain the growth of prices. Such views contradict the classical understanding of how the key rate works. Nevertheless, the Central Bank continues to lower the key rate, which makes market participants and experts doubt the independence of the regulator. The fall of the national currency did not affect Erdogan's convictions – the president still considers the chosen tactics of fighting inflation to be correct.