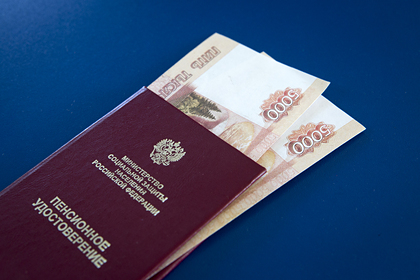 The specialist explained that the country has a system of state support for lonely people of retirement age, which consists of two parts: material and social services. The first is expressed in cash payments – compensation for a landline telephone, targeted social assistance, payments for holidays, subsidies for utility bills, explained Grigorieva. Each region has its own payments.

However, the main emphasis in the support system for single pensioners is made on social support, when a social service employee visits them several times a week and helps with cooking or cleaning the apartment, the deputy dean explained. According to her, each region can establish its own support systems, for example, compensate payments for a landline phone or help in the form of cash payments, the provision of food or things, as well as payments for the holidays.

Earlier it became known that among of Russians from the country's largest cities, the number of those who believe that after reaching retirement age they will be able to live on money that will be paid by the state has increased. On average, 28 percent of the respondents across the country said that after reaching the pension they will work and live on a salary. Almost every fourth (24 percent) counts on the state pension, 14 percent are going to live on savings, and another four percent – on payments from non-state pension funds.