Russian Foreign Minister Lavrov: the world is trying to destroy the civilizational identity of peoples 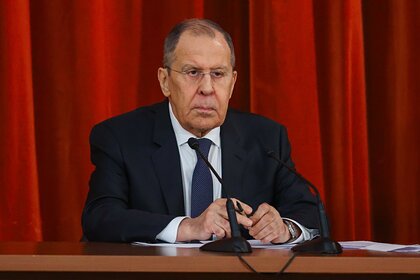 Russian Foreign Minister Sergei Lavrov said that today there are attempts to destroy the cultural and civilizational identity of peoples. This is reported by RIA Novosti.

“White is not culture!” with racism in the US led to harassment of white people and a split in society? 00:02 – November 20

Indigenous people have no place here. The United States and Europe endure poverty and humiliation. Why are small peoples not being protected there?

“The use of Internet technologies for this purpose, including social networks, poses serious challenges. Such factors must, of course, be taken into account, “the Russian minister said at the 37th meeting of the Council of Heads of Subjects of the Russian Federation under the Russian Foreign Ministry.

At the same time, Lavrov stressed that Moscow advocates depoliticized cultural and humanitarian contacts with other countries, including European and North American. He also noted the enormous cultural opportunities of Russia that must be used.

On November 22, speaking at the Moscow international conference on countering xenophobia, anti-Semitism and racism “Defend the Future”, Sergey Lavrov said that nationalists are trying to split the whole world. He added that no country should be tolerant of promoting misanthropic ideas.