“Kommersant”: the head of the landfill Kapustin Yar Kislov was placed under house arrest in a criminal case 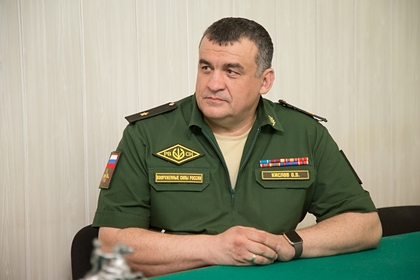 Oleg Kislov was placed under house arrest in a criminal case on the loss of 300 tons of fuel that belonged to the department. This is reported by Kommersant.

The publication writes that the Major General was accused of corruption thanks to the testimony of his subordinate, the former head of the 161st School of Strategic Missile Forces (Strategic Rocket Forces) technicians, Colonel Alexei Prudnikov. He admitted that he handed over the fuel for sale for a bribe, which he shared with his boss, and also reported two more episodes of bribery on the part of Kislov.

It is noted that Prudnikov went to cooperate with the investigation after six months in custody. On Wednesday, November 24, the 235th garrison military court in Moscow placed him under house arrest. An investigator of the Main Military Investigative Directorate (GVSU) of the Investigative Committee of Russia petitioned to change the measure of restraint.

The defendant was released from the pre-trial detention center after pleading guilty, remorse and concluding a pre-trial cooperation agreement with the Chief Military Prosecutor's Office. Shortly thereafter, in November, the commander of Kapustin Yar, Oleg Kislov, was detained at the training ground. He was taken under escort from the Astrakhan region to Moscow and charged under part 6 of article 290 of the Criminal Code of the Russian Federation (“Taking bribes on an especially large scale”).

Considering his merits – service in the Ministry of Defense for more than 30 years, awarding the order Honor, a medal “For Merit to the Fatherland” II degree, a badge of distinction “Honor and Glory”, as well as taking into account his health, the court sent the Major General under house arrest with a number of bans, including the use of the Internet and communications.

Earlier, the Presnensky Court of Moscow chose a measure of restraint in the form of house arrest for Viktor Samarin, the head of the anti-crisis management department of the Moscow Emergencies Ministry's administration, who was accused of taking a bribe.

On the arrest of Samarin and the first deputy head of the Moscow Emergencies Ministry's main department in Moscow, Colonel Andrey Mishchenko became known on November 19. The officers' criminal cases are not connected with each other – the colonels took money independently of each other, they were detained during two special operations.