Vedomosti: Ozon plans to place its headquarters in one of the Moscow City skyscrapers 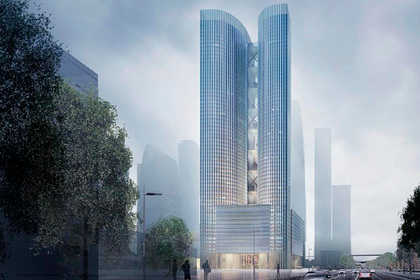 headquarters in the 62-storey Grand Tower, which is being built on the territory of the Moscow-City business center. Real estate consultants told Vedomosti that the marketplace is in talks with the owner of the building.

It is not yet known whether Ozon is preparing to rent or buy office space in the skyscraper. The representative of the trading platform did not comment on the information about the location of the headquarters. The deal in the Grand Tower may become the largest in the office rental market in history, consultants interviewed by the publication emphasized. So far, the record belongs to the Tinkoff group, which in 2020 rented almost 78 thousand square meters in the AFI Square complex near the Belorussky railway station.

A source close to one of the parties to the possible deal told the publication that the Grand Tower – just one of the options considered by the trading floor. The leasable area of ​​the tower is 232 thousand square meters, the rental rate there can be 33-40 thousand rubles per square meter per year, experts said. If Ozon and the owners of the skyscraper agree, the company will have to pay 7.6-9.2 billion rubles a year for its headquarters, Vedomosti calculated. In the case of a purchase, the transaction amount may amount to 85-95 billion rubles.

Earlier it became known that the international payment system Visa from February 1, 2022 will introduce benefits for large online stores – it will reduce tariffs for accepting cards to payment up to 1.2-1.5 percent of the value of the goods, depending on the volume of online sales. The new program will be extended to Ozon, Wildberries and other Russian marketplaces.