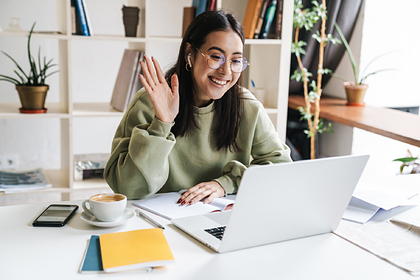 VK Calls introduced the world's first technology with an unlimited number of video call participants. This was reported by the VKontakte press service.

It is clarified that there are no restrictions on the inclusion of a video camera, microphone or call duration. This became possible due to the implementation of the proprietary horizontal call scaling technology. Another innovation is a separate “Calls” section for creating a call from a link, viewing call history, connecting to ongoing video and audio conferences.

The new feature will be appreciated by organizers of online events. The update is available in the web version, in the VKontakte mobile applications, in the separate VK Calls desktop application, as well as in all VK products and partner resources that have connected the technology via the VK SDK Calls after the version update.

The service has all the tools for managing and moderating large calls. Conference administrators can mute all participants and control how they are turned on by providing the floor when a participant uses Raise Hand.

In addition, the proprietary technology of intelligent noise cancellation will neutralize all extraneous sounds during a call. The “Waiting room” function will help to ensure privacy: it will be possible to enter the conference only after the organizer approves the application. At the same time, you can join the conversation anonymously without a profile on the VKontakte social network.

According to the technical director of VKontakte, VK Video and VK Calls Alexander Tobol, the leaders of the social network see a high interest of users in video calls – a monthly audience group video calling platform is now 20 million. “In order to expand the scope of calls many times over, we got rid of all restrictions – including the number of participants in a video conference, now an infinite number of people can fully communicate in one call. To do this, we completely rebuilt the platform architecture and learned how to scale the call to any number of servers, as well as implemented solutions for server-side video transcoding and our own noise reduction and audio processing technologies. These and other deep optimizations have saved our users up to 60 percent of Internet traffic, reduced device load and battery consumption by 20 percent, and improved communication quality, ”he said.