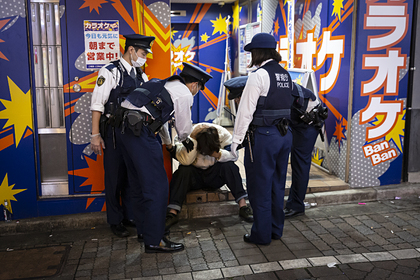 school peer during a quarrel. This is reported by Tokyo Web.

“Warm up each other in their machismo” Clashes Caucasians and Russians are happening more and more often. Who's to blame? 00:01 – May 15

“This is a transformation of violence.” … Why – scientists explain

At about eight in the morning, that is, even before the start of classes, the police received a call from the director. A conflict arose between the students of the third grade of the middle stage of a comprehensive school, which corresponds to the ninth grade of a Russian school, as a result of which one of the students stabbed another with a kitchen knife about 20 centimeters long.

The wounded teenager was taken to the hospital, where he died from blood loss. The schoolboy who killed a peer pleaded guilty during interrogation by the police. According to the city administration, the students were not classmates.

Earlier in October in Russia, at the 51st Lyceum of Makhachkala, a schoolboy stabbed a classmate with a hunting knife during a fight. The teenager offered to sort things out to one of those who beat him, and he agreed. The fight took place in the corridor. The attacker took out a knife and stabbed the opponent in the heart.

The student carried a weapon with him to classes for more than a year. His classmates were afraid of him and complained to the director, but there was no reaction. As a result, other students watched the teenager behind the school and beat him.