Vice Speaker Fix: Crimean authorities have ruled out the resumption of water supply from Ukraine 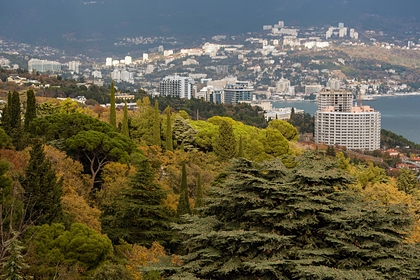 First Vice Speaker of the Crimean Parliament Efim the peninsula did not and will not raise the issue of resuming water supply from Ukraine through the North Crimean Canal. His words are quoted by RIA Novosti.

“Let them continue to build obstacles and fight against windmills. > Fix noted that the issue of water supply through the North Crimean Canal from Ukraine, starting from 2015, does not exist for Crimea. According to him, even in the driest years, the peninsula successfully got out of the situation. “Among other things, nature helped us in this story. Let the Kiev authorities live with their own water. The time will come when they will be held accountable for all their crimes against Crimeans, “he stressed.

In August, the Investigative Committee of Russia opened a criminal case on ecocide after the water blockade of Crimea. According to the official representative of the department, Svetlana Petrenko, the lack of adequate water supply to the region causes depletion of agricultural land, entails changes in the ecosystems of the Sivash Bay and its shallow bays, as well as the state of animal populations.

Crimea became part of Russia in 2014 after a referendum, following which the majority of the inhabitants of the peninsula supported this decision. Ukraine considers the territory occupied, which is why it blocked the North Crimean Canal running from the Dnieper, which provided more than 80 percent of the peninsula's needs for fresh water.