Vice Speaker of the Crimean Parliament Fix: the introduction of QR codes in transport is justified 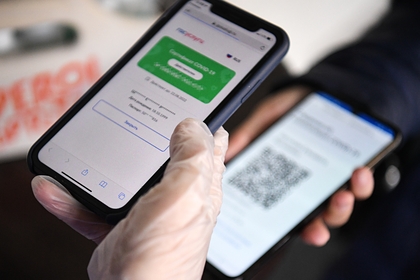 In public places and transport, the introduction of QR codes is justified … This was stated by the first vice-speaker of the Crimean parliament Efim Fiks, he is quoted by RIA Novosti.

“This is a justified measure, since it is aimed at ensuring the safety of our citizens and reducing the risk of infection. There is nothing wrong with that, “he said.

Fix called the digital passports introduced in the regions a guarantee that a person will not get sick and protect himself from the severe course of COVID-19 and death.

The vice-speaker of the Crimean parliament noted that on the peninsula, the QR-code mode was introduced only for visiting public places.

On November 12, the State Duma was introduced to bills on QR codes in transport and public places. The initiative does not regulate the operation of public transport, pharmacies, grocery stores and retail outlets with essential goods. From February 1, it is planned to issue QR codes only to those vaccinated, ill and those who have a medical withdrawal from the vaccination.