Head of European diplomacy Borrell: the migration crisis was artificially created by the Belarusian authorities 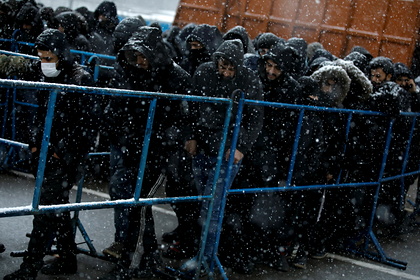 The crisis on the Polish-Belarusian border was artificially created by Minsk with migrants. This accusation was made by the High Representative of the European Union (EU) for Foreign Affairs and Security Policy Josep Borrell, RIA Novosti reports.

Friend or foe. Europe has accepted millions of refugees. Why are they now hated, considered terrorists and wanted to be kicked out? 00:01 – November 18

The head of European diplomacy noted that during a ministerial meeting with Central Asian foreign ministers, the EU reached an agreement with Uzbekistan to stop flights from Tashkent to Minsk. “The deceived migrants use this flight to get to Belarus, where they were promised that there will be no problems in crossing the border between Belarus and the European Union,” he said.

Earlier, Borrell said that assistance to Belarus from the International Monetary Fund (IMF) nearly $ 1 billion in SDRs (Special Drawing Rights) cannot be cashed out at any European central bank. The refusal to carry out such an operation will be based on its interpretation as an investment service to the regime of President Alexander Lukashenko. Such services, he noted, are directly prohibited by EU sanctions.

The migration crisis on the border of Belarus and the EU began at the end of May. Large groups of illegal migrants from Africa and the Middle East began to storm the borders of Lithuania, Poland and Latvia in the hope of obtaining asylum. It was alleged that Minsk uses its national tour operator Tsentrkurort to transport migrants to the EU borders and makes money on it.