Journalist Gordon: Ukraine is actually managed by the head of the presidential office Andriy Yermak 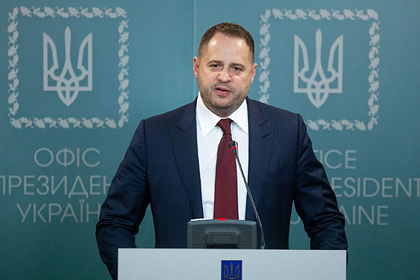 the country under him significantly degraded. This opinion was expressed by Ukrainian journalist Dmitry Gordon on the air of the Ukraine 24 TV channel.

According to him, Zelensky has not fulfilled a single election promise in his two years in power, especially in the fight against corruption. Also, the Ukrainian leader encroached on freedom of speech, which is contrary to the spirit of an independent Ukraine, Gordon added. As for Zelensky's struggle with the oligarchs, he noted, here we are talking about the fight against the influential media owned by the richest people in the country.

The incompetence of the current government was clearly demonstrated in the case of the investigation of the special operation to detain the “Wagnerites” “, The journalist thinks. He said that the head of state should have revealed the truth about this incident, and not voiced different versions. The journalist also named the real leader of the country. In his opinion, Ukraine is actually run by the head of the presidential office, Andriy Yermak.

“Because he is an intelligent person. He figured out how to make the president happy and govern the country. But further – the abyss, “- concluded Gordon and pointed out that Zelensky died for him.

Earlier, the journalist said that Ukraine should be a parliamentary republic in terms of the form of government, and the presidency should be completely removed. He explained that the country's leaders alone do not cope with the responsibility entrusted to them, and the country should be ruled by parliament.