RBC: Google is moving servers to Russian data centers due to the data storage law 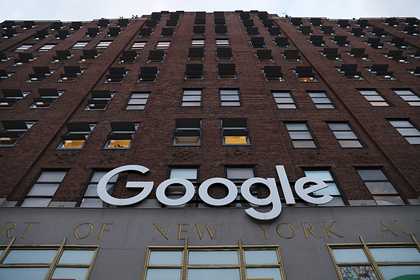 The American company Google has begun Russian data centers. According to RBC, this issue was discussed at the end of March at a meeting in the Ministry of Telecom and Mass Communications, dedicated to the preparation for the entry into force of the law on the storage of personal data.

One of the participants in the meeting said that Google stores information on the territory of data the center of his company. “Google is [now] our client. We have a secure parastatal enterprise, “the source said, adding that at first Google” did not allow anyone to approach their counters “- only its own employees who came from abroad had access.

According to Anton Platonov, General Director of StoreData, the company began to conclude agreements for the placement of equipment in Russia more than a year ago. Google now has dozens of racks in Russian data centers.

Ilya Khala, general director of the 3Data data center network, who also participated in the meeting, noted that the cost of renting a server may be different, but on average it is about six thousand rubles. At the same time, another source of the publication clarified that Google has its own equipment and they only needed a hall. Rent of space for one rack is about two thousand dollars.

Other foreign customers of 3Data have also begun to transfer their capacities to Russia due to the law on personal data. For example, the American company Tourmaline Labs, which will soon launch the Ugo messenger for smartphones on iOS and Android on the Russian market, rented virtual servers in the cloud in one of the 3Data data centers.

In July, Google in Russia was ordered to pay a large the amount for refusing to store data of Russians on the territory of the country. The Tagansky District Court of Moscow fined the organization three million rubles.

The penalty for refusing to store personal data in Russia was increased in 2019. Previously, there was no punishment for failure to comply with the requirements for the localization of databases of Russians, and companies were punished under another article – “Failure to provide information” (Article 19.7 of the Administrative Code of Russia). At the moment, the amount of the fine for violation of the article for legal entities is from one to six million rubles.