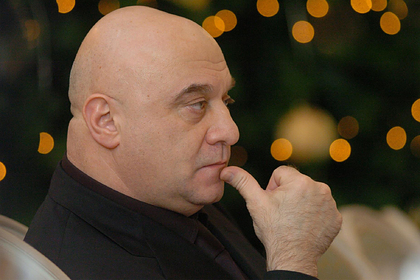 In St. Petersburg, FSB officers detained businessman Alexander Ebralidze three billion rubles from the vault of his own “Constance Bank”. This is reported by “Fontanka”.

According to the newspaper, on the afternoon of November 24, operatives of the FSB Economic Security Service approached him on the street. At this time, searches were already underway in several apartments and offices of the businessman. Ebralidze was detained in a criminal case initiated by the Main Investigation Department of the Main Directorate of the Ministry of Internal Affairs of St. Petersburg under Article 160 of the Criminal Code (“Misappropriation or embezzlement”). Former managers of the bank were brought to the investigator, they are being interrogated as witnesses. Ebralidze himself will be delivered there.

In 2016, after an audit, the Deposit Insurance Agency revealed the fact of a shortage in Constance Bank. Three billion rubles, weighing 500 kilograms, disappeared from the vault, which the owner of the bank, Ebralidze, decided to reimburse from his own funds in order to preserve the reputation of the credit institution. And he himself filed an application with law enforcement agencies to prosecute those involved in the loss of money.

Ebralidze then stated that he had nothing to do with the disappearance of billions, but promised to “close this issue.”