The Moscow City Court has reduced the sentence for the former head of the EKTs of the Ministry of Internal Affairs Grishin to 7.5 years 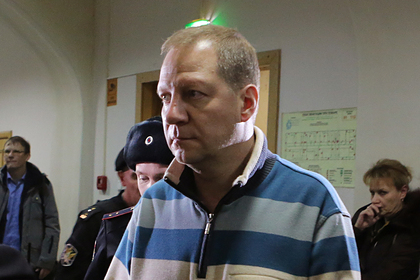 Center (EKTs) of the Ministry of Internal Affairs Petr Grishin, sentenced to eight years in prison for multi-million dollar embezzlement of funds from the budget. This was reported by Interfax with reference to the press service of the court.

The decision was made after the consideration of the convicts' appeals.

November 23, 2020 Meshchansky court Moscow passed a verdict in the case of security officials. Grishin was stripped of the rank of police lieutenant general and was fined 1.5 million rubles. It was found that he and Mazur had stolen more than 80 million rubles of budgetary funds by concluding state contracts at inflated prices with companies controlled by their friend Narutov.

Grishina and Mazur were detained on December 5, 2017 in the ECC building on Zoya Street and Alexander Kosmodemyanskikh in Moscow. On December 8 of the same year, by decree of Russian President Vladimir Putin, Grishin was relieved of his post.