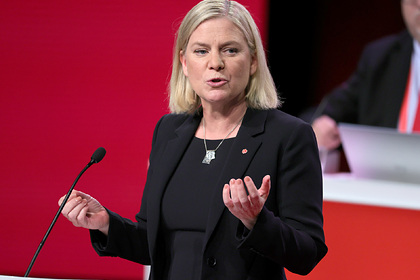 – Minister of the country. This is reported by Euronews.

Thus, the politician became the first woman to hold the post of Prime Minister of Sweden. She previously served as Minister of Finance. For several days Andersson could not reach an agreement with the leader of the Left Party Nusha Dadgostar, but by November 23 she received the support of the necessary 175 Riksdag deputies.

Earlier, on November 10, it became known that the former Prime Minister of Sweden Stefan Leuven will submit his resignation letter to the Speaker of Parliament Andreas Norlen. His desire to leave the post was announced back in June. Then he asked the speaker of the country's parliament to relieve him of his post as head of government after 181 out of 349 MPs expressed their no confidence in him.