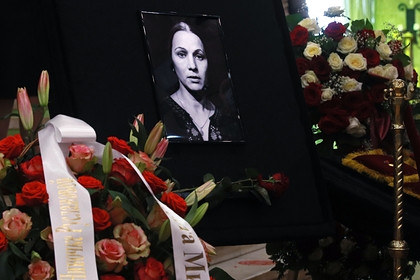 The farewell ceremony for People's Artist of Russia Nina Ruslanova ended in Moscow. This was reported by KP.RU in its Telegram channel on Wednesday, November 24.

The funeral event was held at the Central House of Cinematographers.

Earlier it became known that Ruslanova would be buried at the Troekurovsky cemetery.

Nina Ruslanova died on November 21. She was 75 years old. The cause of death was complications associated with the coronavirus. The artist spent the last ten days of her life in the hospital.

The actress is known for films such as Heart of a Dog, My Love, Shadows Disappear at Noon, Don't Shoot White Swans, Afonya “And” Be my husband. ” Ruslanova received the title of People's Artist in 1998.