Estonian Foreign Minister: fears of a possible Russian attack on Ukraine are growing 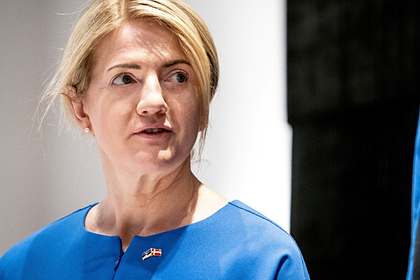 Estonian Foreign Minister Eva-Maria Liimets in an interview with DW announced increased concern over a possible Russian invasion of Ukraine.

“It is important for us that there is no additional escalation of the military conflict that we have been observing in Ukraine for eight years,” Liimets said. >

According to her, fears are growing that Russian President Vladimir Putin may be planning an attack. “We must continue to support the sovereignty, territorial integrity and independence of Ukraine,” the Foreign Minister stressed.

She added that Estonia is very grateful to NATO for being admitted to the alliance in 2004. “We are also very grateful to our allies for their support and commitment to ensuring security in our region,” Liimets said.

Earlier, Estonia’s Permanent Representative to NATO, Jüri Luik, predicted Russia’s confrontation with a very serious military force in the event of an attack on Ukraine .

Bloomberg reported that, according to US intelligence, Russia plans to attack Ukraine in 2022. Kiev claims that this will happen in late January or early February, for which 92,000 Russian troops are already concentrated on the border.

Kremlin spokesman Dmitry Peskov said that Moscow is not hatching any aggressive plans. “It is absolutely wrong to associate any movements of the RF Armed Forces across the territory of our country with such plans,” he said.