ATOR: the number of CCTV cameras will increase in hotels in Egypt 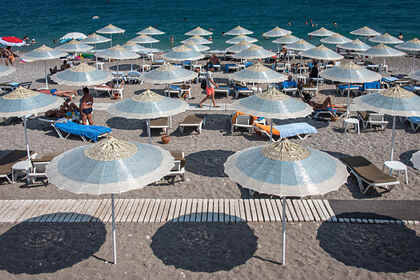 in the country, which provides for tougher security measures at tourist accommodation. This is reported by the Association of Tour Operators of Russia (ATOR).

Now hoteliers will closely monitor travelers from Russia and other countries through CCTV cameras, the number of which will increase significantly. The devices will be installed at all entrance groups of hotels, on roads, driveways, gates, as well as in public places where vacationers gather: lobbies, restaurants, bars and playgrounds.

It is specified that all cameras must be equipped with night vision, and the video system must provide accurate images of all visitors and vehicles on the territory of the hotel. It is also indicated that the records must be kept for 21 days and, if necessary, can be seized by law enforcement agencies.

According to ATOR sources, the tightening of existing requirements for hotels is being introduced due to the recent incident with the mass poisoning of tourists from Russia.

Earlier in November, the Egyptian Ministry of Tourism began checking hotels in Hurghada and Sharm el-Sheikh for compliance with sanitary rules after tourists were poisoned – as a result of inspections, the work of 18 hotels was suspended.

On October 31, it became known about mass poisoning of Russians at the hotel. A total of 29 tourists from Russia were hospitalized, 14 from Estonia, and 4 from the Czech Republic. The investigation was taken up by the Egyptian Prosecutor General's Office.