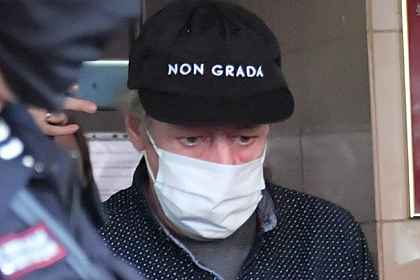 Honored Artist of Russia Mikhail Efremov Traffic accident on the Garden Ring, was the screenwriter of the film “The Gospel of Fyodor” based on Dostoevsky's novel “Crime and Punishment”. The work won the All-Russian prison video competition, Baza reports.

The film took the prize in the Best Editing nomination. It is noted that the daughter of Efremov Vera took part in the film – she sent a video to the colony, in which she played Sonya Marmeladova. Also in the video were the employees and convicts of IK-4 in the Belgorod region, where Efremov is located.

On September 15, the cassation court did not mitigate the sentence to Efremov, who was sentenced to 7.5 years in prison for the death of a person in an accident.

An accident involving the actor occurred on June 8, 2020 in the center of Moscow. It is known that Efremov was intoxicated at the wheel of an SUV. He drove into the oncoming lane and collided with a car driven by Sergey Zakharov. As a result of an accident, the driver died.