The court recognized as lawful the house arrest of Marina Kohal, accused of the murder of rapper Cartwright 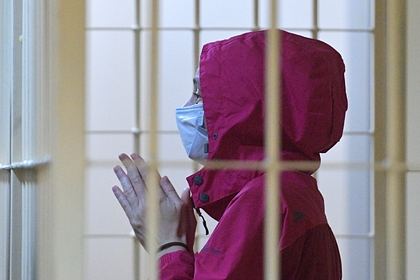 In St. suppression of the widow of rapper Andy Cartwright (real name – Alexander Yushko) Marina Kohal, who is accused of murdering her husband. This was reported to Lente.ru by the defendant's lawyer Sergei Lukyanov.

According to him, the ruling of the St. Petersburg City Court of October 27 was recognized as legal. Then Kohal was released from the pre-trial detention center and released under house arrest.

This decision was appealed by the prosecutor's office and the injured party.

On November 11, new details of the forensic medical examination of the rapper's remains became known, which showed that his body could have been dismembered before death.

Earlier, repeated research showed that Yushko's death was unnatural. The rapper was not found to have pathological conditions that could cause death. At the same time, the examination showed that a few hours before his death, Cartwright suffered a stomach injury.

Cartwright's widow claimed that her husband had died of a drug overdose, and she dismembered the musician's body to hide his “inglorious” death. Nevertheless, experts came to the conclusion that Yushko was healthy and did not die by his own death.

The death of the rapper became known on July 30, 2020. A criminal case was initiated on murder, in which the musician's widow was accused. She does not admit her guilt. On December 26 of the same year, the Smolninsky District Court of St. Petersburg extended the arrest of Kohal until February 28, 2021.