TASS: The S-500 and S-550 air defense systems will become the basis of Russia's anti-missile and anti-space defense 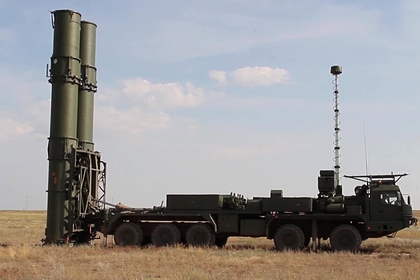 -550 based on the S-500 air defense system “Prometheus” will provide anti-missile and anti-space defense of strategic objects of Russia together with its predecessor. This is reported by TASS with reference to a source close to the Russian military department.

According to the agency, the S-550 will not replace the S-500, since it is a lighter version of the latter. It will face other combat missions, somewhat different from those performed by “Prometheus”. “Forceful methods of impact on threatening objects will also be different,” the source added.

According to the interlocutor of the agency, the S-500 and S-550 systems will become a platform for a new air defense system and together will cover the country's strategic facilities from hypersonic targets. “Together with the S-350 Vityaz system and short-range systems, they will work out absolutely all the targets available today,” the source explained.

Earlier, RIA Novosti sources in the Ministry of Defense revealed the main target of the S-550. According to them, the system will specialize in the destruction of ballistic and orbital space objects, including nuclear warheads of intercontinental missiles.