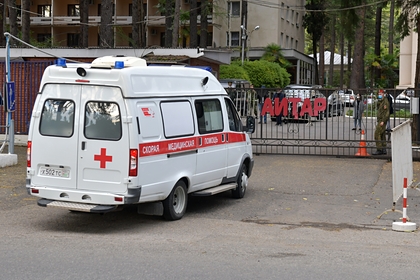 A minibus with people was fired at in the Gudauta region of Abkhazia. This was announced by the Assistant Minister of Internal Affairs of the Republic Badra Aiba, RIA Novosti reports.

After the shelling, the car crashed into a post. As a result of the attack, the taxi driver was shot and taken to the hospital. The exact number of passengers on the bus has not been specified.

It is noted that law enforcement officers have already identified the shooter and are carrying out an operation to arrest him.

In October, the deputy of the Abkhaz parliament Almaskhan Ardzinba came to the building of the Ministry of Internal Affairs affairs of the republic and, swearing, opened fire from a machine gun. Subsequently, it became known that the parliamentarian had acquired and stored the weapon illegally.