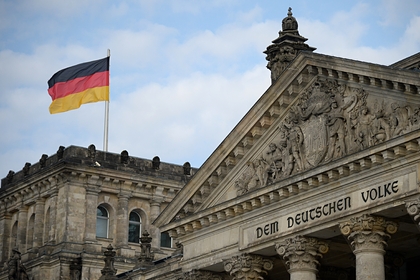 Political Party of Germany The Soyuz 90/Greens, a member of the Bundestag and previously opposed to the implementation of the Nord Stream 2 gas pipeline, called the new US sanctions against the project unacceptable. Omid Nuripur, an expert of the political association on foreign policy, said this in an interview with Reuters.

New US sanctions are unacceptable even for opponents of Nord Stream 2. It is we, the Greens, who have always fought against the pipeline, who cannot understand what kind of friendship we are striving for if we impose sanctions against friends when they do business with a third party.

According to Nuripur, the parties still consider the pipeline a” mistake “of the German government, however, he stressed, the United States to Nord Stream -2 “are irrelevant. It is noteworthy that this is the first time that such statements have been made by the Greens.

On Tuesday, November 23, the US Treasury Department imposed sanctions against the Transadria company and the Marlin vessel associated with Nord Stream 2. The restrictive measures were introduced on the basis of the American Protecting European Energy Security Act (PEESA) of 2019.