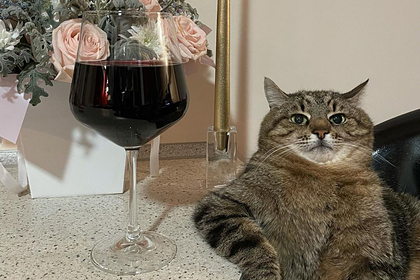 American pop singer posted a photo of the Ukrainian cat Stepan. A snapshot of a pet who has become a meme, who is sadly sitting at a table with a glass of wine, appeared on her Instagram account.

Thus, the performer announced the release of her new film. “I just finished shooting a movie called Idol. It will definitely have a lot of hits and bright pictures to throw in the pretty faces of my family. Hope you guys are having a good time because I am. If I disappear, you can find me somewhere with this cat, ”the artist wrote.

Stepan became famous thanks to his TikTok account. Videos appear on his page in which the animal looks sadly at alcoholic drinks, while various old hits are playing in the background. In an interview with TJ, the hostess said that she wanted to show her 13-year-old cat to the whole world, as she considers the expression of his muzzle as a separate art form. According to the user, in the videos, Stepan does not feel sad, but falls asleep.