Daily Mail: 10 cases of infection with strain B.1.1.529 were recorded in Botswana, South Africa, Hong Kong 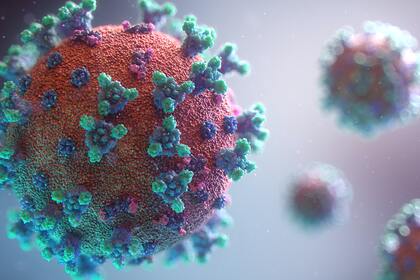 In Botswana, South Africa and Hong Kong recorded ten cases of infection with a new strain of coronavirus called B.1.1.529. It is assumed that it can become the most dangerous variant of infection, writes the Daily Mail.

The new COVID-19 strain, which was warned about in Britain, contains 32 mutations, some of which indicate its high transmissibility and resistance to vaccines. In addition, B.1.1.529 has more changes in its spike protein than other variants of the coronavirus.

University College London geneticist François Ballou suggested that the new strain would be better at evading antibodies than “ delta “option. The many mutations in B.1.1.529 suggest that the virus originated in an immunocompromised patient with HIV or AIDS.

“The strain should now be monitored closely, but there is no need to be overly concerned unless it will not start to occur more and more often, “the scientist emphasized.

Earlier, a new delta strain of coronavirus was identified in Norway. However, scientists have stated that a subspecies of the infection, called AY.63, poses no more danger than other mutations in this variant.