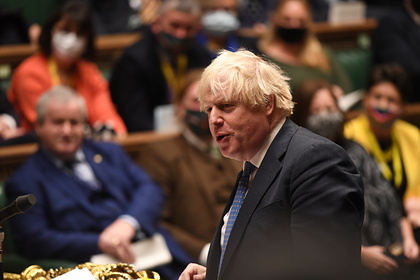 Minister Boris Johnson is getting worse. The poll results are published on the Statista website.

Johnson's approval rating has plummeted, according to a study by YouGov. As of November 22nd, only 29 percent of UK adults approve of his work as prime minister. 64 percent of the respondents say that the politician is not coping with his duties. This is the lowest since he came to power in 2019.

Johnson's approval rating dropped earlier in November to its lowest-ranked 34 percent. The prime minister's policy is criticized not only by the population, but also by the government itself. For example, former chief adviser to Johnson Dominic Cummings called him “a disaster for the state,” noting that he achieved his election in 2019 only to solve a specific problem.