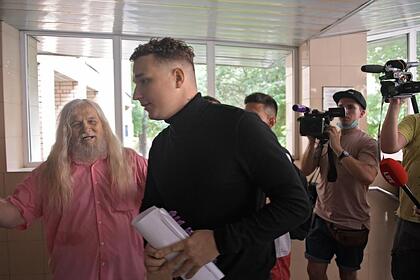 Blogger Edward Beale (real name – Edward Beale) An accident in Moscow in April 2021, was fined 27 thousand rubles. This decision of the magistrate court of the Lublin district of the capital is reported by RIA Novosti.

The agency's publication notes that the money was collected in favor of Mosgortrans for idle public transport. It was provoked by an accident arranged by Bill.

On April 1, Bill arranged an accident in the center of Moscow with the participation of five cars, in which several people were injured. One of the victims fell into a coma and underwent several operations. Due to her injuries, she moves in a wheelchair. After that, Beale was sentenced to two years of restriction of freedom, and also deprived of his rights for three years.

Edward Beale is a 24-year-old video blogger known on YouTube for various pranks. Often, in the videos, a young blogger violates generally accepted norms, provokes people into conflict. He also periodically releases videos of “charity” in which he gives people money or gifts. Colleagues and subscribers often criticize him, calling him a hypocrite.