Biologist Baranova: COVID-19 disappeared in Japan due to a “tainted” delta strain 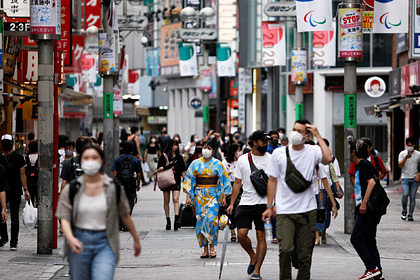 In Japan, the coronavirus disappeared because a “tainted” delta strain has spread across the country. Ancha Baranova, a biologist and professor at the School of Systems Biology at George Mason University (Virginia), said this in an interview with Lente.ru.

Since there was one delta in Japan, mutations have accumulated in it, according to Japanese colleagues in the nsp14 protein. And this protein determines the ability of the virus to correct mutations. But since nsp14 itself “messed up”, it could not fix anything, errors began to multiply uncontrollably. And, in the end, the virus came to a sad finish for itself.

She added that the “spoiled” delta strain in Japan provoked the emergence of derivatives with weakened mutation-correcting functions.

According to the biologist, in Japan, compared to European countries, there was not a great variety of strains – the Indian variant of the coronavirus dominated. In addition to this, the island state is isolated due to natural reasons, and it also strictly adhered to anti-coronavirus measures.

The biologist said that such events, when the virus degenerates as a result of mutations, have been described by scientists before. This could have happened in 2003 during the outbreak of SARS – an acute respiratory syndrome.

The World Health Organization questioned the self-destruction of the strain in the country. They said that the extinction of this type of virus is unlikely, since people in other countries are still infected with it.