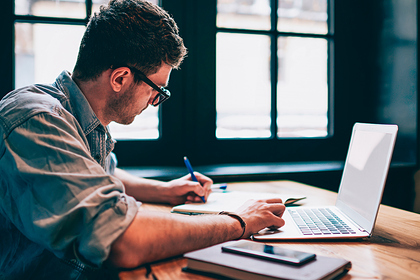 Russian scientists from the Higher School of Economics (HSE) have found (people equally fluent in two languages) are prone to some types of false memories, such as attribution error. In other words, a person who speaks two languages ​​may remember incorrectly whether he received information from a foreign-language source or from a source in Russian. The researchers presented their findings in an article published in the journal Frontiers in Psychology.

Experts considered a hypothetical situation in which a person who speaks two languages ​​is forced to give testimony in a foreign country. Compared to witnesses for whom a foreign language is native, a bilingual person can receive information from a larger number of sources. It is known that human memory is imperfect and can change over time. While a bilingual person is believed to be more likely to make sense of what happened, little is known about how bilingualism actually affects the formation of erroneous memories.

The online study, which used the so-called disinformation paradigm (a way to reproduce the conditions of real disinformation), involved 56 Russian-speaking participants with intermediate to advanced English proficiency and no language training in an English-speaking environment. They were shown a video of a real car robbery lasting a minute, after which the volunteers performed a series of distraction tasks lasting approximately four minutes.

After that, they were provided with pairs of texts written in Russian and English and presented as testimonies of various eyewitnesses who are native speakers of different languages. Each text contained five misleading details (for example, a different color of clothes on the people in the video). The participants then took a test, where they were asked to determine if any detail was present in the video, and to indicate the degree of confidence in the answer on a scale from one (not at all sure) to ten (completely sure). They were also asked to recall whether a detail was mentioned in one of the two texts and in what language.

According to the authors of the work, the results show that a high level of proficiency in a second language does not affect the recognition of misinformation, but makes bilinguals more prone to some types of memory errors when it is required, for example, to remember the correct source of information.