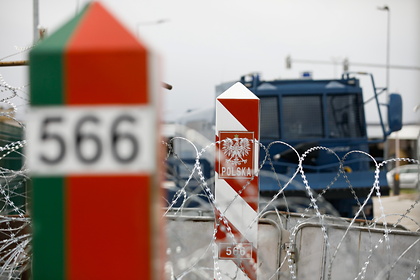 regarding refugees on Tuesday 23 November. This was reported by the press service of the department in the Telegram channel.

According to the UK, at one of the sections of the Tokari border outpost of the Kamenets district, a group of migrants tried to get to Poland, having previously notified the border guards of their intention to seek asylum and not performing any aggressive actions. In response, the ministry added, the Poles decided to apply tear gas and explosive packages to people, which they threw into the territory of Belarus.

The site found traces of the use of special means by the Polish side, in particular, fragments of ammunition. It is noted that all objects will be sent for explosives expertise.

On November 23, the State Border Committee of Belarus reported that Polish soldiers used explosives against migrants in the border zone. The Belarusian security forces claim that the use of special means violates the norms of international law. The country's investigative committee has already opened a criminal case against Polish soldiers under the article of the Criminal Code of Belarus “Crime against the security of mankind.”