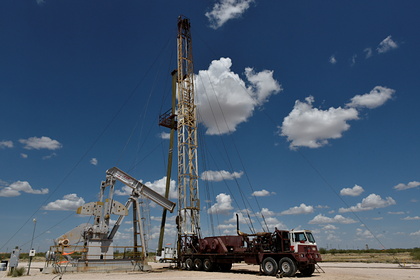 United States and allies, “a drop in the bucket”. According to Reuters, the output of fuel will be from 70 to 80 million barrels of oil, while market participants expected 100 barrels or more.

“According to our pricing model, this volume will reduce the price of oil by two dollars per barrel , which is significantly less than the $ 8 per barrel recorded since the end of October, ”the bank said in a statement. Earlier, the US, India, Japan, South Korea and the UK agreed to release oil from state reserves. Thus, world leaders are trying to reduce oil prices, which are growing amid reduced supply and increased demand amid the global economic recovery after the coronavirus pandemic.

US President Joe Biden has repeatedly appealed to the Organization of the Petroleum Exporting Countries and Russia with a request to increase oil production. However, OPEC + decided to keep the supply at the same level. As the exporting countries explained, the demand for oil may still decrease due to new outbreaks of coronavirus and lockdowns, so there is no need to rush to increase production. During negotiations with Chinese leader Xi Jinping, Biden asked China to release oil reserves.

Great Britain, South Korea, Japan, China and India agreed to release oil reserves at the same time with the United States. After this decision, oil prices rose against the background of unjustified expectations of market participants. Brent rose in price by 1.52 percent and WTI – by 1.2 percent. As of this writing, Brent is trading at $ 81.8 per barrel and WTI at $ 78.35 per barrel, according to the ICE exchange.