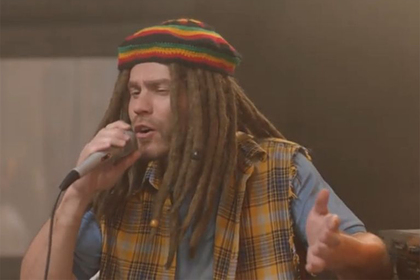 performs a musical composition in the reggae style. This is reported by “Komsomolskaya Pravda”.

The 35-year-old goalkeeper of the red and blue appeared in the form of Bob Marley wearing a rastaman hat and dreadlocks. The song performed by Akinfeev was dedicated to football. “It is unclear whether there will be a goal,” she said.

On November 21, Akinfeev took part in the Russian Premier League (RPL) match against Khimki near Moscow. The game became the 500th for the goalkeeper in the Russian championships. He became the record holder for this indicator. In addition, Akinfeev left the goal intact, having scored his 226th clean sheet in his career.

The goalkeeper spent his entire professional career in the capital's CSKA. In October 2018, he finished playing for the national team. Together with the Russian national team, he won bronze medals at the European Championship in 2008.