The Mirror: billionaire Abramovich won a libel case in the book “Putin's People” 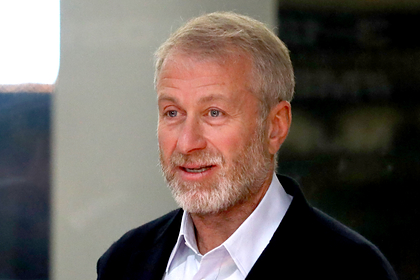 Billionaire Roman Abramovich won a court libel case in Putin's People, published by HarperCollins. This is reported by The Mirror.

The London High Court called defamatory the assertion that Abramovich bought the Chelsea football club at the behest of Russian President Vladimir Putin in order to gain influence in the West. Andrew Caldecott, representing the interests of the author of the book Catherine Belton in court, noted that the work contains a firm denial on the part of a person close to Abramovich that he acquired Chelsea on Putin's orders.

After the announcement of the verdict, the representative of the Russian billionaire said he welcomes the court's decision.

The fact that Abramovich filed a libel suit became known in March. The book reportedly falsely claims to have been corrupt by the Chelsea owner. In addition to him, businessmen Mikhail Fridman, Pyotr Aven and Shalva Chigirinsky also went to court, who also filed a libel statement in the book “Putin's People”.