Zenit drew in the minority with Malmo in the Champions League, Dzyuba missed a penalty 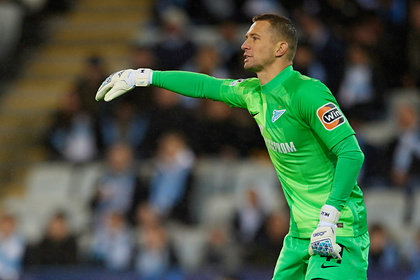 Zenit St. Petersburg away played a draw with Swedish Malmo in the match of the fifth round of the group stage of the Champions League. This was reported by the Lenta.ru correspondent.

The meeting was held on Tuesday, November 23, and ended with a score of 1: 1. In the 28th minute, Swedes' midfielder Soren Riks scored. On 51 minutes, Zenit striker Artem Dziuba missed a penalty. In the 86th minute, Petersburgers were in the minority, defender Dmitry Chistyakov was sent off. In the second minute of the time added to the second half, the penalty kick was implemented by Yaroslav Rakitskiy.

After five matches, the blue-white-blue team scored four points and are third in group N. The Swedish club has one point in the asset and is inferior to the Russians .

In the next round, Zenit will host London Chelsea on 8 December. Malmo will meet Juventus Turin on the same day.